SCID has been characterized in the medical community as a pediatric emergency. If a baby with SCID receives a bone marrow transplant in the first 3.5 months of life, the survival rate can be as high as 94 percent. However, the survival rate drops to less than 70 percent for infants who are transplanted after that age. The main causes for the drop in survival rate are serious infections babies with SCID developed prior to transplantation.

In the 1970’s and early 1980’s, many around the world first heard of SCID when a Texas boy, David Vetter, affectionately known as the boy in the bubble, was born with the disorder and lived in protected environments to maintain relatively germ-free surroundings.

The Advisory Committee on Heritable Disorders in Newborns and Children (ACHDNC) was chartered in February 2003 to perform evidence-based reviews and advise the Secretary regarding application of new screening tests, technologies, policies, guidelines and standards for effectively reducing morbidity and mortality in newborns and children having, or at risk for, heritable disorders. SCID is the first new disease to be added to the federal uniform core-screening panel by the evidence-based Committee review process.

The Immune Deficiency Foundation (IDF) has strongly supported and worked tirelessly toward this goal for many years, and as of December 10, 2018, all 50 states are screening for SCID. 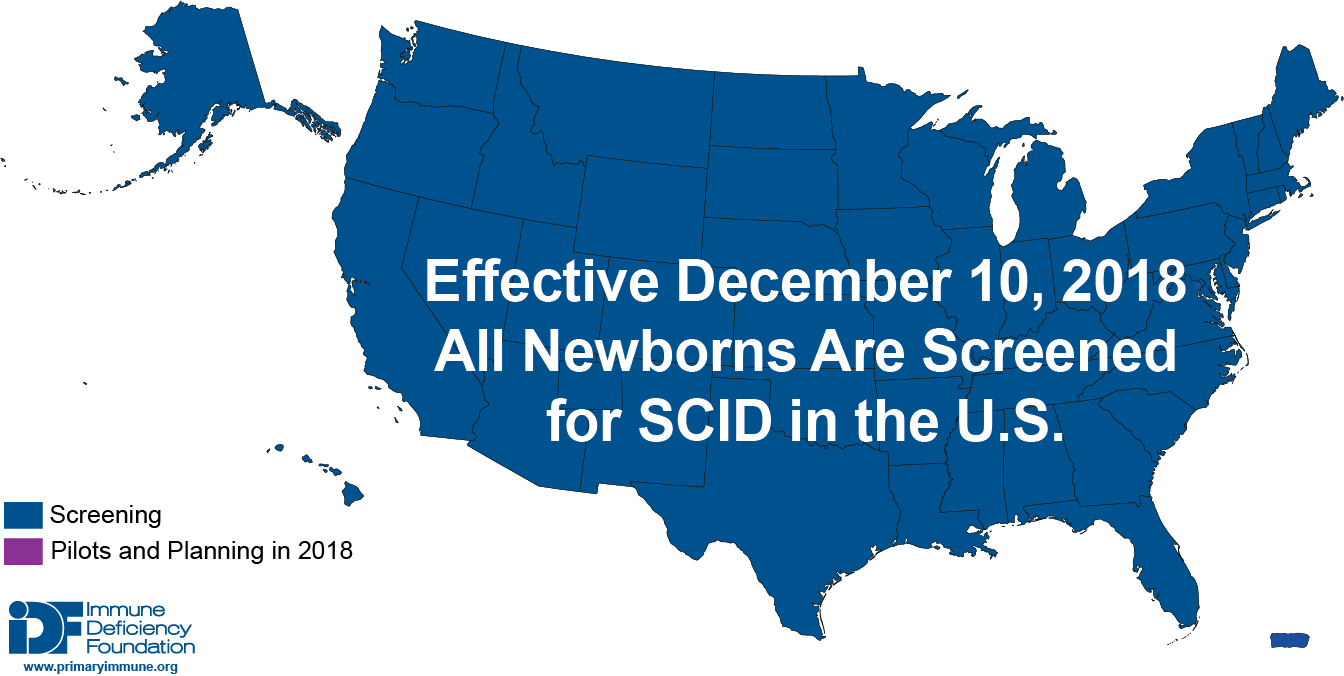